There is only one you. Remember, some things are cliches for a reason. If you ask any self-help guru out there, they will tell you will find happiness when you stop comparing yourself. Inspirational Instagrammers talk about “compare and despair.” This phenomenon was not born with the rise of social media. It was exacerbated, for sure. But we have always been doing this. Now is the time to stop that.

When we stop comparing ourselves to others, we can start living the life we actually want to live. 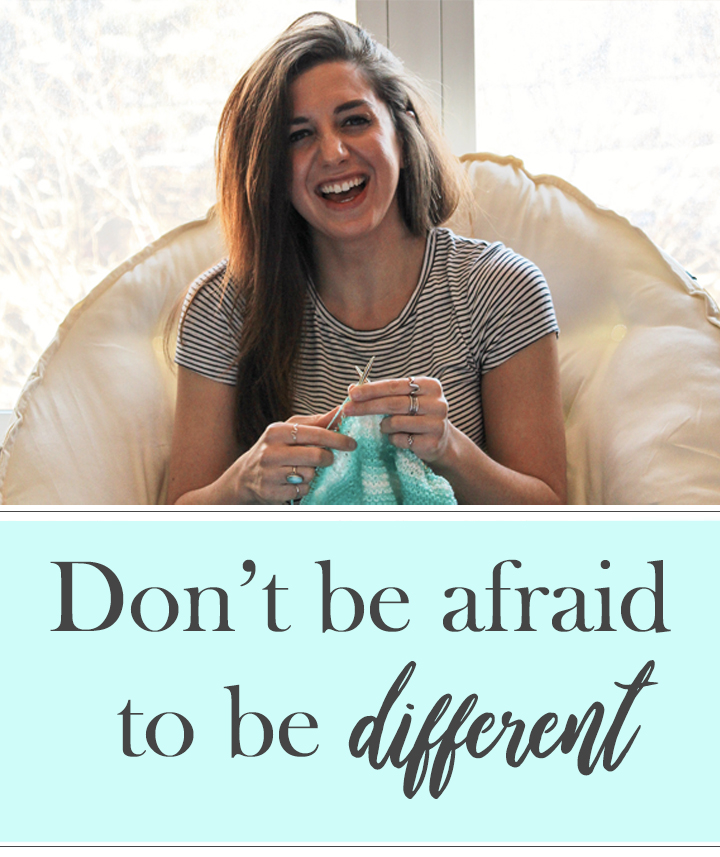 I am a strong advocate for getting advice and inspiration from successful people. Their wisdom is valuable and can help guide you toward your own path of success. However, it’s easy to see what others are doing right and want to emulate their formula for success. That’s why there is an entire industry developed around this very concept.

Many of the strong businesswomen who I admire are offering courses and books and podcasts and blogs and conferences — all with the promise to guide you to your highest potential. And I wholeheartedly believe in some of these products. In fact, I am a consumer of many of them. But — and you knew there would be a but — I believe each of these products should come with a warning label.

CAUTION: Do not consume if still feeling utterly lost and unsure of who you are and what you stand for. Side effects may include imposter syndrome, constant worry about your lack of direction, feelings of failure before initiation, and hopelessness associated with fears of never achieving the level of success of your teacher.

This doesn’t mean you shouldn’t learn from the greats. I believe it is important to continue utilizing information from those who have struggled before you. The thing is if you turn to them before you ever really get started, you aren’t giving yourself a chance to work through some of the most important parts of the process.

The worst advice I’ve ever gotten is to research what everyone else is doing and do that. This “teacher” suggested trying something different was a waste of time. Similarly, I’m sure you’ve heard the cliche “why fix what isn’t broken?” The answer is that if you’re doing it right, you aren’t “fixing” anything, you’re creating something better.

Great innovation stems from an innate discomfort with the status quo. People who create change are the ones who not only know there is a better way of doing things but also inspire others to move the needle forward.

You don’t want to be the “next” anybody. Well-intentioned members of your inner-circle may tell you that you could be the Next Oprah or the Next Rachel Hollis or the Next Steve Jobs or whatever iconic figure dominated your particular industry. The trap that you fall in is following in someone’s footsteps, instead of carving your own path.

Never change for anyone else. In his acceptance speech for MTV’s Generation Award, The Rock talks about what Hollywood wanted him to change to help him “fit in” and get roles. They wanted him to lose weight, stop working out so much and even stop going by “The Rock.” Can you imagine if he listened to them? Everything we know and love about Dwayne “The Rock” Johnson would cease to exist. Those defining characteristics are what set him apart. Why would you ever want to put your individuality at risk like that?

Best-selling Author Ed Mylett calls comparison “the thief of happiness” in his podcast. His belief is that comparison and happiness cannot coexist. I love this idea because it is really that simple. Most people chase this elusive idea of happiness, thinking it’s something we might be able to achieve in the distant future. Who sold us this crap idea? Happiness isn’t as complicated as we’re making it out to be.

By letting other’s dictate what you measure as happiness or success or stability, you relinquish so much control over your life. I spent years convincing myself that success meant going into the medical field or some other well-respected industry. It was only when I chose happiness that I allowed myself to pursue a life that some might not understand. Whatever that is for you, I urge you to consider leaning into it.

Imagine if all the brilliant minds of the world decided to blend in and pick the safe routes. The film Yesterday explores a world where the Beatles never existed, one in which John Lennon never wrote lyrics that would forever touch generations to come.

If I haven’t convinced you yet, consider for just a second, that what makes you different could change somebody’s life someday.

Fall is finally here!! 🍂🍁 who else is so pumped that leaves are starting to turn?!
Fall ✨mornings✨ are my favorite 🍂🍁
📣 BIG NEWS 📣 FREE SHIPPING IS NOW AVAILABLE!!