As college kids, we are always looking for a way to save a buck or two. Did I hear BOGO? ­– I’m in! So when my roommate told me about this app called Hooked to get deals on food and beverages around campus, I already knew I would be hooked. Hooked is a free app with real-time deals going on around campus (at UW-Madison).

Recently, I met with Kyle Nathanson, the Chief Sales Officer with Hooked, to give me a little insight on what all the hype is about with Hooked. Kyle wishes it were something him and his friends had during college, so they are helping us get the deals now.
Hooked launched in Madison on September 2, 2014—the first day of school. They are also at the University of Texas, and they also launched with the University of Michigan the same day as Madison. Next Fall, Hooked plans to expand to additional large Universities.

With Hooked you can save money at places you might already go to—including Subway, Espresso Royale, Jamba Juice—or you can find new places through Hooked. Hooked partners with quality businesses to give you discounts worth your time. You can even find deals with food trucks, including Toast outside the Business School. Kyle says, “It allows you to not only save money at the places you already go, but to try out new spots that you may have never have thought to go or even hear of. You see it on our app, and you all of the sudden now fall in love with that place. It happens with our app all the time.”

Hooked is super easy to use. The deals are based on your location—so when you open the app the deals on the top will be the closest to you. As you scroll down the deals get further away, but all of the deals are within walking distance around campus. You can click the map icon in the top right corner to find deals that are live right now. As shown in the image of the map, the green pins indicate live deals. Hooked deals last for three-five hours, so all of the deals you are getting are fresh. Once you’re in the business, whip out your phone and pull up the Hooked app.

All you have to do is tap the green “Get Hooked” button and receive the deal. It’s as simple as that. 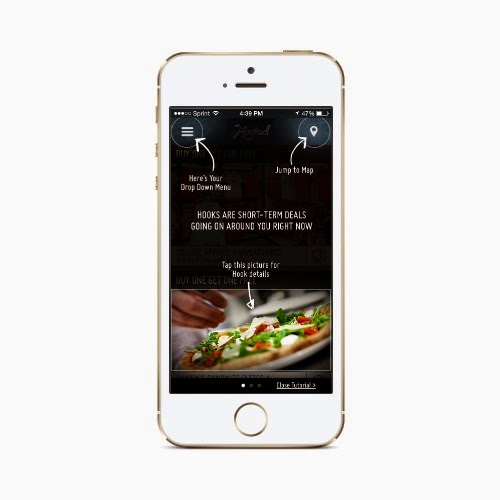 Like I said, Hooked is a free app that saves you money. So what are you waiting for? Go download it in the App Store now. 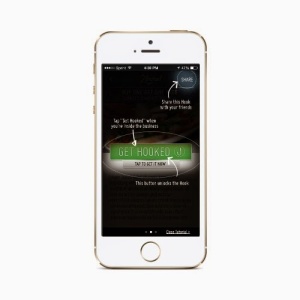