Basilica Block Party has become some what of tradition. For the last three summers my friends and I have gone to the “historic grounds of the Basilica” as they always say on Cities 97 building up to this special weekend. For two nights artists–some big names, others not as well-known–take three stages. BBP goers anxiously await the line-up each April, and Cities 97 never disappoints. This year my friends and I decided to go to Night Two. We ended up staying at the Sun Country Airline Stage the whole night, because we wanted good spots for Ingrid Michaelson and Train.

In our time in the crowd of the Sun Country Airline Stage I was reminded of a few things:

Ingrid took the stage with a loud, slightly sarcastic persona. She introduced “You and I” by saying she didn’t like being called “cute”, as she often was for this song. It’s funny because from some of her earlier stuff I imagined her to have a much different stage presence. I pictured a quieter, calm singer who spent her time drinking tea and writing songs in quaint coffee shops. But Ingrid was playful and sassy, the kind of person that people would take notice of when she walked into the room–and not just because she is a famous singer. 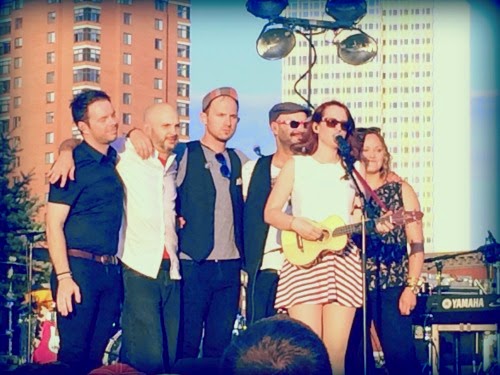 Finally, a little after nine, Train came on, and the crowd erupted. It was the final act on the final night of the 2014 Cities 97 Basilica Block Party. Oake and Kerri, the Cities 97 morning show hosts, reminded the crowd one last time to use the hashtag #Cities97BBP to get the Block Party trending on social media, and the finale began. The started with some new songs, played some hits in the middle, and even came on for an encore. Their most popular song was yet to be played: Drops of Jupiter. Everyone in the crowd, young and old, new the lyrics to this one. As we all sang along, we were reminded this was the end of concert, the end of the Block Party, and the end of the third year that I had attended BBP with friends.

And tell me, did you fall for a shooting star,
One without a permanent scar?
And did you miss me while you were looking for yourself?

Oake and Kerri also reminded concert go-ers that their wristbands (for those 21+) would get them into Sneeky Pete’s for free after the concert for the BBP After Party. My 21 and under friends and I had an after-party of our own. 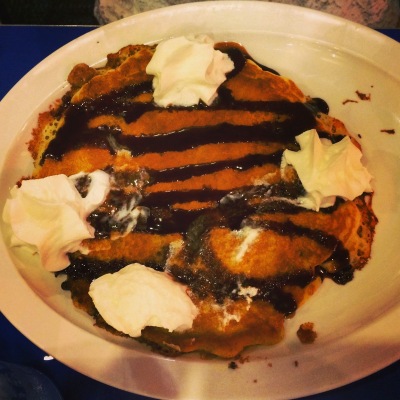