Lately, I have been trying to avoid processed foods and meals with too many carbs. I never realized how hard it would be to do this. A few years ago I watched a documentary about food that said you should be sticking to the outside of the grocery store when you shop: the produce, the meat, and the dairy. The middle is full of the processed foods, packaged conveniently in boxes and bags, i.e. Oreos, Cheetos, cake mix. My mom told me that a few years ago she tried eating mainly just meats and vegetables and she could feel the difference it made. She was not only healthier, but she also was in a better mood and realized how much the garbage we eat can make us feel like garbage. As the saying goes, “You are what you eat”.

So as I have been trying to motivate myself to stay healthy and find good snacks, I have been doing some research. Hopefully you can find some benefits and motivation in this research, too. 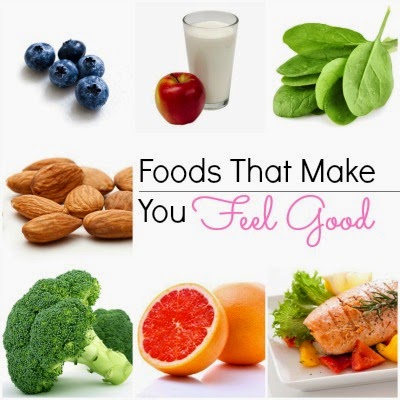 1. Blueberries
Have you heard that blueberries boost your memory? They are rich in anti-oxidants called flavonoids, which, according to Health Day, “have been shown to reduce the risk of chronic diseases such as heart disease, diabetes and cancers”. The particular kind of flavonoid in blueberries tends to locate the areas in the brain responsible for learning and memory.

2. An Apple and milk
You’ve heard “an apple a day keeps the doctor away,” but did you know a study in Finland showed eating apples is associated with a lower risk of coronary heart disease? Also, according to experts, “unlike carbohydrates, which get used up relatively quickly, protein will help sustain your energy and hunger levels for a couple of hours.”

3. Almonds
Almonds contain almost 100mg of calcium per ounce. They are also a good source of protein, and they have also been known to reduce blood cholesterol for those with high cholesterol. When I’m on the run, especially at school, I’ll grab a handful of almonds, and it keeps me satisfied until my next meal.

4. Fish
Clinicians from Mayo Clinic have said, “Eating fatty fish [such as sardines, pilchards, salmon and mackerel] can be heart healthy because of its high levels of omega-3 fatty acids, which can reduce your blood pressure and risk of developing blood clots.” The American Heart Association suggests two servings of fish per week. White fish, like cod, can be a good source of low-fat protein and minerals.

5. BroccoliI’ll be the first to admit I never cared for broccoli much. As kids we could already tell it looked like a mini tree. And who wants to eat a tree? That’s just weird. But broccoli contains a mineral called chromium. The Greatist says, “Chromium plays an important role in increasing the brains’ level of serotonin, norepinephrine, and melatonin, which help the brain regulate emotion and mood.” In fact, it has even been known to help depression. Now that, I like.

6. Spinach
Ever watch Popeye? Even if you haven’t, you might have heard about how he would eat spinach to get stronger. Experts have even called it a “superfood”, containing more nutrients per calorie than any other food on earth. They say it is loaded with viatmins “like A, K, D, and E and a host of trace minerals.” It strengthens your bones and protects against eye diseases, “such as cataracts and macular degeneration.” I would listen to Mom, and eat your greens.

7. Grapefruit
If Spinach is the “superfood”, grapefruit is he “super-fruit”. It’s not only immune-boosting, but it can also be wound-healing with anti-bacterial properties. People who are looking to lose some weight could also benefit, because it has a “fat-burning enzyme and can help to absorb and reduce the starch and sugar in the body.”