All year people have been asking the dreaded questions, “Where are you going to school?” and “What are you going to major in?” Thankfully, as you could tell from previous posts, I have that all figured out. In fact, today was National College Declaration today. I am officially going to be a Badger. However, this other question is a little trickier. It’s basically asking if I have extrasensory perception. I can’t tell what the future holds. Everyone has already told me that I’ll probably change my major a few times. So I don’t know if I have that answer right now.

What I do know is what I like, and what I think I should do. Unfortunately, they are two different things. Breaking news: I like to write. I know, I know—it was shocking for all of you. It surprised me, too. In other news, it’s back to the old “Head vs. Heart” argument that I struggled with in deciding between my colleges. Ultimately, I went with my heart. But April changed a few things for me. 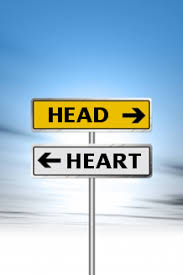 As my classmates began getting back their letters from some of the “harder to get into” schools, I started questioning my decisions. I wondered if I made the wrong decision as I saw people declare their commitment to colleges in places like New York and LA. When I saw someone confirm to Tisch the School of Performing Arts in NYU, my heart sunk a little bit. While my experience in New York wasn’t what I had been dreaming of, I wondered what my career in the film industry could have been like. As I sift through majors and possible future careers, I have trouble finding something that doesn’t sound mundane or simply completely uninteresting to me.
The truth is I don’t know what I will major in as of now. I can scroll through major requirements and career opportunities all night, but I don’t know what I will be like four years from now. So how could I possibly know what I’ll be like ten years from now or twenty? How could I know what I want to spend—what could potentially be—the rest of my life doing?
So my heart is with the writing—I JUST WANT TO MAJOR IN ENGLISH AND CALL IT A DAY.
However, my head is saying YOU WON’T MAKE ANY MONEY—GOOD LUCK FINDING A JOB.

.
And yes, it’s in all caps—all the time—in my head. It’s not yelling; it’s just my thoughts going in a million different directions all the time. So this year I tried to pair it with psychology, hoping that would improve my options. But I’ve heard so much about psychology that makes me wonder whether or not I would find a job there either. On the other hand, I have even read articles from professors saying to stop thinking about all that stuff and “pursue your passion.”
While I would love nothing more than to pursue my passion, if  I’m living out of a box or pursuing a life similar to Lars Eighner (AP Comp reference—in case, you were wondering), will the writing be worth it? I’m not so sure dumpster diving is my thing, despite the previous post on dumpster diving in Madison.
You heard it here first, folks: I’m having issues finding myself, again. It’s just another day out of the Lost and Found Bin.

1 reply to Say What?