Start typing and press
Enter to search
Skip to content
I live my life through signs. They help me make sense of my thoughts and thus, help me figure out which path I should take. But what if signs aren’t always trustworthy? I mean take this one for instance; do risk and reward always fit hand in hand? If I decided to go to a keg party one weekend, I would be taking a risk. People usually think that this could be a pretty enjoyable night. But there are so many reasons that this doesn’t sound like a fun Saturday night for me. First off, I have no interest in ever drinking, so I would be surrounded by a bunch of drunken people, and what? I would be miserably bored and most likely disgusted. Secondly, if I decided that I was going to defy my own beliefs and drink I would fear getting caught. NHS poof! YES Advisory Board poof! College poof! Any chance at a good life poof! (Ok so maybe it is somewhat exaggeratory, but that is what is running through my head when I think about the negative consequences. I know where I want to go to college and that is why I’m working so hard to make sure I don’t screw it up.)

Friday night I hung out with two friends talking for what seemed like a lifetime between California Pizza Kitchen, H&M by the jewelry, and then sitting in my car for over an hour once we got back. While we were all exhausted (AP Compers are always drained by Friday night), this was probably one of the best Friday nights I have had all year. We talked about how we are the farthest thing from rebellious and we are so perfectly boring that we never take risks. The most rebellious part of the night was when I showed up at 11: 26 after I said I would be home before 11… after I texted my dad’s girlfriend at 10:56 to tell her I would be home in a little while we were just talking. Yeah, I’m pretty badass. But in all seriousness, I have never stepped out of line. I don’t challenge my parents because I like the trusting relationship we have and the freedom they give me because of trust. And there’s nothing wrong with being a good kid, but just once I wish I could color outside of the lines and not feel bad about it.

Risks scare me. I think about every possible outcome because I tend to overanalyze my decisions. The negative possibilities are usually enough to turn me away from an idea. But I hate the fear. Most of eighth grade I could not talk to the boy who sat behind me in Spanish class. Looking back, I’m not that sad that I didn’t talk to him because I realized I have no idea what I ever saw in him. But every time I go to the Ridgedale Target, he happens to be working and even though I don’t have a crush on this kid anymore, I get awkward and lose my social skills. I don’t understand this because I have no trouble talking to guys anymore. But now the trouble is I still don’t take risks with guys. Maybe I’m old fashion, but I think a guy should ask a girl out. So when I found out that this year’s Winter Semi-formal was a Sadie’s and I have to attend because of NHS, I guess you could say I was less than thrilled. Friday night we talked about the dance, and we came to the conclusion going to the dance with each other would be awkward the Winter Semi-formal is more of a couple’s dance. This wouldn’t be a problem, if we weren’t all single… 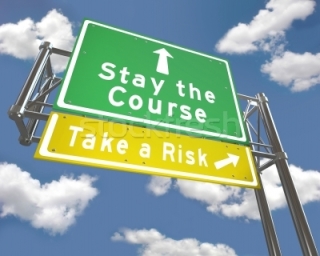 So I guess it is time to veer of course. I am in no way planning to ask someone out; just because I want to take risk doesn’t mean I am going to ask a guy out. But even asking a guy to go to a dance as friends would be a risk to me. I’m still sitting at this sign trying to figure out which way to turn. But even though the dance is two months away, I can’t sit around waiting for a sign that will point me in the right direction. Taking a risk is about not knowing which way to go but running full force one way hoping that serendipity will lead you in the right direction.

🚨 FINAL CALL 🚨The last day to order any of the mugs with printed designs is Thursday. This includes any mug with Prinful listed as a partner. 🎄🎁
Weekend plans: Cocoa and Christmas Movies 🎄☕️📺
🚨Awkward moment alert: I don’t know how to draw faces. 🤷🏼‍♀️